Music Is Magic Is Hesse Is Children’s Television 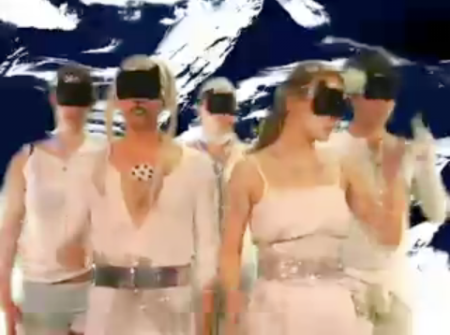 Freshly awoken from last nights Cheryl party, ears ringing though not entirely soaked in blood this time, I spent the morning thinking about music. There was a moment last night when a certain song came on and the entire party began jumping up and down in unison. The spontaneity of the jumping and the divine appropriateness of the act itself can only be described as ‘magic.’ I often think about the world’s steady current and, sure enough, while using the john this morning (come on. like you don’t read on the toilet!) I came across this passage that illustrates the exact feeling about music I’ve been having today.

“The words of this Chinese writer point fairly distinctly to the origins and to the real although almost forgotten meaning of all music. For in prehistoric times music, like the dance and every other artistic endeavor, was a branch of magic, one of the old and legitimate instruments of wonder-working. Beginning with the rhythm (clapping of hands, trampling, beating of sticks and primitive drums), it was a powerful, tried-and-true device for putting large numbers of people “in tune” with one another, engendering the same mood, co-ordinating the pace of their breathing and heartbeats, encouraging them to invoke and conjure up the eternal powers, to dance, to compete, to make war, to worship. And music has retained this original, pure, primordially powerful character, its magic, far longer than the other arts.”
from The Glass Bead Game by Herman Hesse

Damn you, Hesse! Why you gotta be writing all good and stuff?

Well, since Hesse pretty much stole my thunder, I’ll leave you with this video (I bet you can’t share youtube videos, can you Hesse?!). It’s practically a line by line adaptation of this post.

I bet you’ve never seen an elephant do that before! Oh, and this shot is kind of amazing.

This entry was posted on Friday, February 20th, 2009 at 3:29 pm and is filed under Inspiration, Music, Other Things. You can follow any responses to this entry through the RSS 2.0 feed. Both comments and pings are currently closed.