Ed Fella and The Cranbrook ‘Style’

There isn’t many an art school whose name, when mentioned, brings to mind a specific style of graphic design. Most student work reflects the prevailing trends of the day. Cranbrook, however, is one of those rare schools with a name that is synonymous with a design ‘style.’ The graphic design work of many Cranbrook alums often treads the line between art and pure experimentation. The reason for this is due to Cranbrook’s approach to teaching, which, according to Meggs, “has long emphasized experimentation while rejecting a uniform philosophy or methodology.” I think it could also be attributed to the work of graphic design legend, Cranbrook alum, and CalArts professor, Ed Fella. His work has had a tremendous impact on not only his students, but on an entire “generation” of designers. His typographic experimentation, which could possibly be traced back to Dadaism, was a precursor to the deconstructed type now synonymous with the early to mid 90s (David Carson).

While I’ve never been big on the whole 90s aesthetic, Ed Fella’s whimsical work has inspired me since I first came across it, back in college. There’s a kind of intimacy in his work that you don’t (and probably shouldn’t) find too often in graphic design. 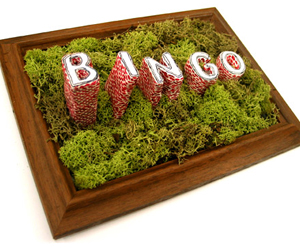 There are a couple designers working today who I’d say come out of the same tradition of typographic experimentation, and whose work I find equally enjoyable. Fellow Brooklynite and Pratt grad, Phil Lubliner’s work has a quality all its own. Alex Trochut’s work has the same whimsical quality but in digital. Lastly, and the inspiration behind this entire post, is the work of Cranbrook alum, Matthew Gavin Walsh. His site is essentially a blog, but a blog like no other, because it is made up entirely of his doodles, illustrations, and random musings. The Ed Fella influence is apparent, but Walsh’s brain is operating on it’s own wavelength. Just a quick scroll down the page and you’ll get an idea of what I’m talking about. It’s a thoroughly enjoyable experience.